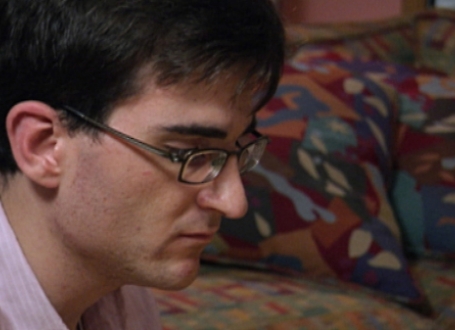 Jason is a twenty-nine year old man with Asperger’s Syndrome from Rockland County, NY. Asperger’s Syndrome is part of the Autism Spectrum of Disorders and is a pervasive developmental disorder that affects the senses, motor skills, social skills and language. Jason was diagnosed relatively late in life and has endured a great deal of emotional pain due to his lack of social skills. He was also misdiagnosed with various conditions in his childhood, including schizophrenia and ADHD, and was given medication which caused horrible physical side-effects.

Jason eventually found a therapeutic/social network in an Asperger’s group at the JCC in Manhattan. He entered the program lacking all the social skills we take for granted and is now learning them. He has progressed from being isolated and virtually non-verbal, to developing friendships and, according to his brother, being “a total motor mouth.” He recently went on his first date which presented a number of challenges, not least of which is his dislike of being touched.

His story illuminates the building blocks of friendship—listening, reading, social cues, reciprocity, and negotiation. It also shows that as we move beyond our families into the larger social world, we must adapt in order to form new bonds with peers—bonds that are very different from those we form with our parents and siblings.