A Bipolar, A Schizophrenic, and a Podcast Hosts 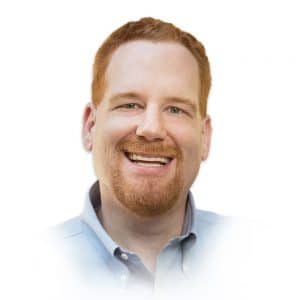 Gabe Howard is a professional speaker, writer, and activist living with severe bipolar and anxiety disorders. Diagnosed in 2003, he has made it his mission to put a human face on mental illness. Society often sees people living with mental illness at their worst and he works to add a more balanced view.

Gabe Howard is the recipient of the 2014 Norman Guitry Award, given by Mental Health America to the person who shows exceptional leadership in promoting mental illness awareness and prevention in the community.

He was a 2014 Mental Health Hero, designated by PsychCentral.com. He has received a Best of the Web â€“ Blog award, and also placed second in HealthCentral’s LiveBold competition, a national contest awarding the top three people who “live bold” in spite of any health challenge. 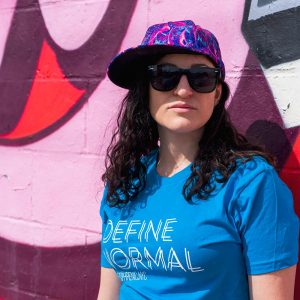 Michelle Hammer is a Schizophrenia Activist and spends her time passionately fighting stigma. She is an NYC native featured in the WebMD documentary Voices, which was nominated for a Tribeca X Award at the Tribeca Film Festival 2018. Michelle was diagnosed with schizophrenia at 22 after a misdiagnosis of bipolar at age 18. At 27, Michelle decided to use her artistic talents and fearless personality to do something that could benefit the mental health community. In May 2015, she founded a mental health-focused clothing brand. Schizophrenic.NYC is a clothing brand with the mission of reducing stigma by starting conversations about mental health. Michelle has also been featured in many publications such as Mashable, The Daily Mail, Stylist, and Buzzfeed.

Back to the podcast’s homepage.