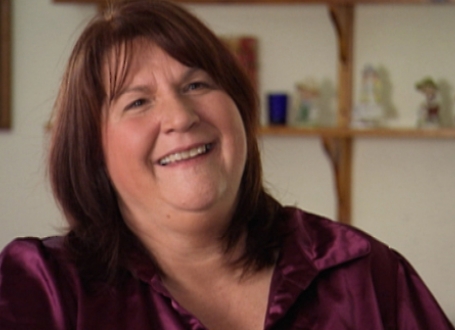 Debbie’s son Jeff took his own life as a freshman in high school. He had been bullied relentlessly for two years in 7th and 8th grade. After his death, Debbie channeled her grief and anger to get a new law passed in Florida – The Jeffrey Johnston Stand Up For All Students Act. It requires schools to intervene in bullying, including online bullying, or face losing education funding.

Jeff was an intelligent, happy, and popular child when the bullying began in 7th grade. His bully recruited other classmates to exclude Jeff from activities, make hurtful and untrue accusations, and make fun of his appearance. Jeff loved music and Japanese anime. For months he developed an online game that he shared with friends. His bully discovered the password for the site and destroyed the game, replacing it with a web site defaming Jeff. Despite his physical strength, Jeff, a pacifist, never retaliated against the classmate who picked on him.

As the bullying became worse, Debbie spoke to the principal and teachers at the school who tried to intervene. It only served to make the situation worse. One intervention included sitting Jeff down with his bully, a situation which Debbie likens to having a rapist sit down with his victim to justify why she deserved it.

In his final note, Jeff said that “Nothing ever changes the world.” In honor of her son, Debbie lobbied to change the law in Florida to give schools more authority to intervene in bullying cases. For three years she drove to the state capital in Tallahassee to urge lawmakers to pass the bill. It did in April 2008. It is one of the most comprehensive in the country and Debbie is fighting to pass similar laws in all states.

Debbie founded Students for Safer Schools, an advocacy group for young people. She is the Bully Police Florida Co-Director and has been a speaker at several statewide conferences, bringing Jeff’s Story to students across Florida in school assemblies.