It’s easy to malign an athlete when they fail to perform according to our expectations. We do it regularly when a quarterback misses a simple throw or a basketball player misses an easy dunk. We do it from the safety of our recliners, safely ensconced in a world where we personally sacrifice little in order to express our usually-unoriginal opinion.

When we watch the Olympics, however, that discontent when an athlete fails to perform can be taken to another level. There is a belief –- a false one, for sure –- that Olympic athletes are “superhuman.” This belief holds that none of the mental health or psychological challenges – on top of the already-taxing physical challenges – should hold sway. Instead, they should be able to rise above it all, automatically, and perform like the super athletes they are.

Athletes Are Human — Not Super Heroes

Whether we’re talking about Naomi Osaka, who bravely withdrew from the French Open at the end of May for mental health reasons, or Simone Biles, who withdrew from the Tokyo Olympics despite being one of the best gymnasts this country has ever seen, we need to remember just one thing — these athletes are first and foremost humans. Despite their expertise and amazing skills in their respective sports, they still carry all of the same kinds of mental health and psychological baggage that we all do.

Biles reinforced this important message when she announced her decision. “At the end of the day, we’re human, too, so we have to protect our mind and our body rather than just go out there and do what the world wants us to do.”

Top-of-their-class athletes face psychological challenges that are often far worse than what most of experience on a day-to-day basis. The mental stamina it takes to train for hours every day, often for years on end, is a relentless task virtually unequaled elsewhere in the world.

But because today’s athletes have better boundaries brought about by better understanding of the risk factors associated with this sort of high level of competition, they also have more choices that their counterparts competing only a few decades ago didn’t have. Those choices mean ensuring their mental and emotional health don’t take a backseat to winning at all costs.

Sports psychologists and performance coaches understand the importance of being in the right mindset when competing. If an athlete isn’t in that mindset, it can not only lead to a loss, but physical injuries as well. Mental toughness or what psychologists call “resiliency” isn’t just about doing everything you set your mind to, no matter the cost. It means knowing when you’ve had enough and need to take a break.

Resiliency Isn’t Necessarily a Strength in All Athletes

People aren’t all born with the same reserves of resiliency. And while some people can learn to build up those reserves to more quickly and better bounce back after a setback, others don’t have as much. Athletes spend most of their time building up their physical skills and strength in their sport. They spend far less time building up their mental and psychological skills to handle all of the stress and anxiety that come with playing at the highest tiers.

Recognizing and respecting an athlete who knows her or his limits is a valuable step forward in the evolution of competition. Athletes are no longer seen as simply finely-tuned human machines, but rather the complicated individuals who lead an extraordinary life in order to compete at the highest levels.

After all, if we believe that our mental health is equally as important as our physical health, it follows that we need to respect an athlete’s decision when it comes to protecting their mental and psychological health. Just as we would respect a team doctor who pulled a player from further playing due to a physical injury, we need to nurture and value respect for someone who does the same to protect their mental and emotional health.

Even at the highest levels of athleticism, it is still just a game. Willing to sacrifice one’s future physical and mental health in order to continue playing when you don’t feel you’re in the right head-space just doesn’t make as much sense to most young athletes today. 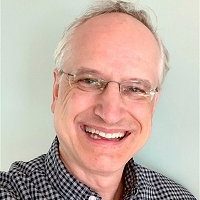