Make a Joke of It. It’s Difficult, but Effective

Make a Joke of It. It’s Difficult, but Effective

I’m working on my Happiness Project, and you could have one, too! Everyone’s project will look different, but it’s the rare person who can’t benefit. Join in — no need to catch up, just jump in right now. Each Friday’s post will help you think about your own happiness project.

I’m working on my Happiness Project, and you could have one, too! Everyone’s project will look different, but it’s the rare person who can’t benefit. Join in — no need to catch up, just jump in right now. Each Friday’s post will help you think about your own happiness project.

I know that one of the most effective ways to handle negative emotions is to Lighten up. Although we often assume that feelings inspire actions, in fact, actions also inspire feelings. By pushing myself to act happier, I make myself feel happier.

For that reason, Act the way I want to feel is one of my Twelve Personal Commandments. If I’m angry and annoyed, I should try to joke around — so I resolved to “Make a joke of it” to do a better job of dealing with irritating or upsetting situations. Easier said than done, however. When I’m feeling irritated, the first thing that goes is my sense of humor.

The other evening, after being fairly well-behaved all day, my daughters started tormenting each other. Each of them was using all the cunning she could muster to make seemingly innocent comments that would drive the other crazy.

“I’m so glad that I get to get new wallpaper in my room,” one observed sweetly. “I’m sorry you don’t get it.”

“Well, I’m sorry you have to go to bed so early, and don’t get to stay up and play with me,” came the response.

Then the yelling and tattling began.

I was in an unusually cheerful mood, for some reason, so instead of snapping at them to stop, I remembered my resolution and announced, “Okay, new rule! ‘No deliberate provocation.’” I used the flowery vocabulary to catch their attention.

They stopped yelling and stared at me. My younger daughter looked intrigued. “What’s ‘deliberate provocation?’ I don’t know what that is.”

“It’s when you say something on purpose to annoy someone.”

“And we’ll have an abbreviation for it,” I interrupted her. “We’ll call it D.P. No D.P!” The girls were so busy discussing D.P., and what it was, and what should happen if someone was caught doing D.P., that they stopped picking on each other.

“That’s D.P.” has become shorthand in our house for a certain kind of exchange — and for some reason, just using that funny language seemed to help them cut down on D.P. (Although admittedly they sometimes accuse each other of D.P. in a way that is D.P. itself.)

I’m not sure if making a joke of it was more effective than getting angry, but it wasn’t less effective. And it was a much happier way to have that unpleasant exchange.

Have you found that making a joke can help you deal with annoying situations in a better way? How do you help yourself have the presence of mind to make the joke? Mindfulness! the challenge of a happiness project. 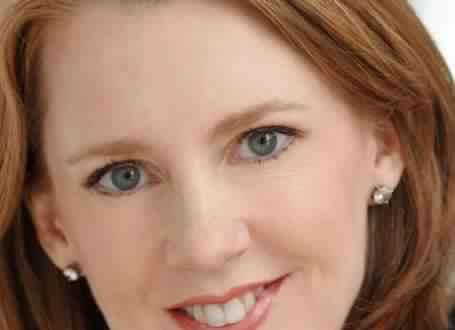