How To Snap Out Of Your Depression

How To Snap Out Of Your Depression

It’s not uncommon for friends and loved ones of those affected by depression to feel that their companions’ moods are more within their control than they let on. If you’ve personally experienced depression, however, you know it’s nearly impossible to “snap out of it,” especially if you’ve undergone years of different treatments to no avail.

What if I told you there is an answer that, compared to endless trials of medication and talk therapy, feels like a snap. Well, read on.

Transcranial Magnetic Stimulation (or TMS) is a non-medication, non-invasive treatment for depression, involving a short outpatient procedure performed under the supervision of your psychiatrist while you remain awake and alert. Patients who’ve responded well to this treatment report feeling remarkably better after only a month and a half of treatment, with zero medication. TMS is the only scientifically proven cure for depression.

TMS works by delivering mild, painless, electrical pulses through a plastic-coated wire coil placed on the head, to the prefrontal cortex of the brain. This area of the brain plays an important role in mood regulation and is often less active in people who are depressed. These pulses, administered over a short period of time, have a lasting impact on the brain’s function, ultimately stabilizing one’s mood the way medication might. The difference with TMS is that it is targeted and therefore elicits a more effective and quicker response than medication with none of the side effects. The typical course of treatment is shorter, too, initially about 37 minutes, 5 days a week, for 4-6 weeks.

While anti-depressants work for many people with depression, it is very common that patients don’t respond to medication at all, or that medication that once worked could lose its effectiveness over time. Treatment failure is a dangerous thing and can lead to self-medication or even thoughts of suicide, which can take a patient even further off his or her track to recovery. I have witnessed the success of TMS on many patients who haven’t responded well to medication, even those with such severe depression that they previously required hospitalization and suicide watch under other treatment regimens.

Research has repeatedly confirmed the durability and effectiveness of TMS. It is currently being used by major hospitals including The Mayo Clinic and Walter Reed Hospital. Not only is it FDA-approved for the treatment of depression, ongoing studies support its efficacy in the treatment of a wide range of other brain related disorders including, but not limited to, Post-traumatic Stress Disorder, anxiety disorders, Attention Deficit Disorder, chronic pain, migraine headache, Parkinson’s Disease, Tinnitus, and even Autism-spectrum disorders.

For patients and families who’ve felt the effects of such debilitating illnesses, TMS is a truly miraculous treatment alternative. So while being told to “snap out of it” is never comforting or helpful, I hope you find solace in knowing that there might be an easier answer out there than you initially thought. 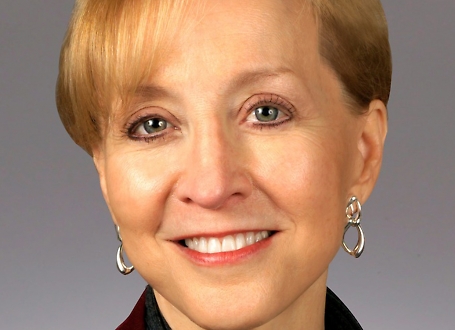 Purcell is a skilled and seasoned psychotherapist, writer, coach, and corporate consultant.