Maybe there is a new marriage or baby that is about to affect your family, or a move up to a bigger and better job. These are all things that are supposed to make us happy and give us fulfillment, right? Well, it turns out that any transition can be difficult for people. There are people who are comfortable with change and do not miss a beat when there is a shift in the routine, however, those people are few and far between. Although it is the norm to experience some challenges during times of transition, we rarely talk about it. It is expected that we handle these times with ease and look forward to the new challenge. Although that may be a part of what someone feels in these situations, there are often other feelings that go along with change as well.

Depression is a very common emotion felt during any normal life transition. It is expected to feel some depression after a death or job loss, but is it after a new marriage? It can take people by surprise. How would you feel if your partner admitted to feeling depressed after marrying you? It is common for people to not understand what they are feeling because they simply do not associate depression with transition. Depression is not necessarily feeling sad or being unable to get out of bed and function, although those can be part of the symptoms. The most common symptoms of depression are a lack of motivation, a loss of interest in things that one normally enjoys, a feeling of melancholy and social isolation. I often hear clients say, “I am just not happy and I don’t know why.”

Generally the first significant life transition that we make is from high school into college. Although this is an exciting time, it is also an extremely stressful time. When I specialized in adolescents, my practice was frequently full of high school seniors and college freshmen. The seniors are overwhelmed with the prospect of how to make the college decision. Once they get accepted, the sadness of leaving their friends and family settled in. It is common to hear people talk about how wonderful senior year is but I have not seen that very often. I think maybe it is in hindsight that we romanticize senior year but I have seen overwhelming depression from a profound number of seniors.

Then the transition comes and they are in college and there is all the excitement of the newfound freedom, except who is there to hold them to task? How are they going to organize themselves for fun and hard work? There is no routine and everything that was familiar is now gone. It is far less common for me to see college sophomores because they have become accustom to college life and the depression from the transition subsides. Then I see people becoming depressed again around senior year of college. What do they do now that they have their degree? How do they seek a job? If they are one of the lucky ones and are able to secure a good job out of college, they now have to figure out how to budget, where to live, how to make friends outside of school, say goodbye to the college friends they have made and again leave everything that is familiar. It is a big transition that often causes depression in people.

The next common life transition is from being single ordating to either living with someone or marriage. Again, this can be fun and exciting but there is often anxiety and depression with it as well. While dating, there are not fights about who takes out the trash, who does the dishes, who left shoes out…again. When we move from dating into living with someone, the relationship changes whether we are prepared for it or not. There is a high percentage of marriages that report symptoms of depression in the first few years.

Children complicate marriages even further. Generally, just when the couple becomes comfortable with married life, a baby throws that routine completely off. It is not uncommon for women to feel some depression during the pregnancy anticipating the change, even though they want the baby very much. After the arrival of the baby, post postpartum is far more common than is reported. I see many women who feel they are suppose to be happy because they have a healthy baby yet they cannot shake the baby blues. Men also struggle with the baby blues. Their wife is now consumed with the baby and sleep has become a luxury.

There are many challenges and changes that can cause depression throughout the childrearing years but launching children into college is often the most difficult. It is bittersweet. It is the goal of all those years of hard work but it is overwhelming to not have our children in the home anymore.

Retirement is another time when depression hits people, especially men. All of people’s working careers they save so that they can retire while still healthy with the ability to enjoy that time, however, work is what keeps people engaged in the world, feeling productive and gives identity and purpose to people. Without work, people are frequently lost and lose social networks as well as their daily routine.

Depression can be very tricky to treat because when someone is depressed doing anything can become overwhelming. Often people do not understand that they are depressed especially during times that are happy or joyful. Sometimes people blame their depression on a physical problem and begin by seeking out medical help rather than psychological help. It is important to accurately identify the issue so it can be treated appropriately. The good news is that past functioning predicts future functioning, meaning that when someone was happy and well balanced before the life change, they will likely be again. That being said, some intervention will allow people to return to their previous emotional state more quickly. Intervention can be done alone, with loved ones or with professionals depending on the symptoms and severity. The most important thing to keep in mind is that it is normal to experience depression, to varying degrees, during normal life transitions. It is crucial that if you or a loved one is depressed, do not isolate. Isolation breads depression.

Unfortunately, the last thing someone wants to do when he or she is depressed is to socialize, but it is also the very thing that helps the most. Humans are gregarious animals and as a result, we need human interactions. Antidepressants are generally not needed for transitional depressions but for long-term or more severe depression, they can be very helpful. Short-term therapy is often a good choice of treatment because it helps people understand their emotional reaction is normal and will also help provide coping skills relevant to the individual and the situation.

Predicting a transition and developing some strategies to fend off depression before hand are often very helpful. That means identifying what may trigger challenging feelings and developing a plan to cope with them. Asking for help and pulling in a support system before a transition is also very helpful. It is hard to ask for help but it is important to remember that most people feel very good when a friend asks for help and they are able to provide it. Exercise has been very helpful for most people who struggle with depression. Lastly, planning, making lists, and keeping busy help emotions from becoming depression. If the depression persists or worsens, professional help should always be sought. 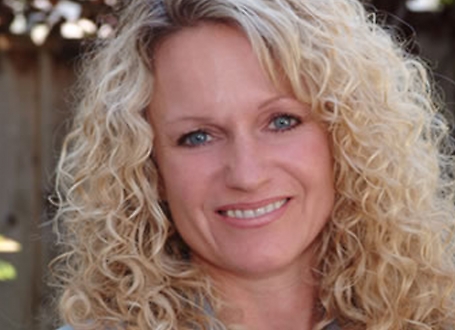 Dr. Denman is a licensed psychology focusing on a variety of challenges and life transitions.