It looks like someone has scattered Shrek’s ashes over Colonial Williamsburg.  The trees are blooming and they are beautiful, but the pollen has put a damper on our family vacation.  My daughter’s eyes are a lovely shade of red.  All four of us are sneezing and blowing our noses.  Our fellow travelers eye us with one part pity and two parts disgust as we hack our way through the historic area.  At this point, we’re running dangerously low on hand sanitizer and if I hear “Mom, do you have a tissue?” one more time, I’m not responsible for my actions.

This is the first time in over a year that all of us have been able to go on vacation together. I’m happy that we are all together, but I also know that we’re in danger of a Hippo Attack.

We witnessed our first Hippo Attack years ago during a trip to Walt Disney World.  Late one afternoon, while waiting in yet another line, we were treated to a massive temper tantrum.  No, it wasn’t one of our kids.  It was another father at the park. The man was screaming at his children. It appeared that the poor kids were completely tuckered out. As any mom can attest, when it comes to toddlers and preschoolers, you are on borrowed time by late afternoon. The dad was angry that whiny kids were wrecking his vacation.

Maybe the guy was always a verbally abusive jerk to his family. Maybe he had been saving for years to bring his kids to Florida. More likely, he would be paying the credit card bill from the trip for the next ten years. Perhaps he had such high expectations for his vacation that anything less than his perception of perfect was unacceptable.  As the man’s wife tried to calm him down, my husband leaned over and whispered “Happiest Place on Earth!” in my ear.

Because my husband is a soldier and has never met an acronym that he didn’t like,  “Happiest Place on Earth” quickly became “H.P.O.E.”  For the rest of the trip, whenever we saw people losing their cool, we’d say “H.P.O.E.”  My son, who was just learning to spell, was confused.  “Where are all the hippos?  You keep saying that you see hippos, but I haven’t seen any except for on the Jungle Ride,” he said.

The term Hippo Attack entered the Berger family lexicon that day.  We use it to describe the times when we allow our unrealistic expectations and frustrations to get the better of us.

Unfortunately, the days leading up to a deployment can bring on a Hippo Attack.  Add in a family vacation and you’re basically asking for one.  We’re all acutely aware that emotions are on edge during this time.  Because we only spend a few months of the year together, we all want things to be perfect. As a result, we are all desperately trying to be on our best behavior.  We’re a bunch of Pollyannas.  It’s unnatural.

Luckily, we’ve learned to recognize the signs of an impending Hippo Attack and can now take evasive actions.  A few deep breaths go a long way. On vacations, we’ve learned to have my husband be our daughter’s walking buddy.  Instead of rushing through the attractions, we move at the speed of a curious little girl. In a way, the pollen this week has been a blessing.  Mother Nature has already “ruined” our vacation, so there is really nothing we can do to mess it up.  It has been liberating.

We’ve done our best to leave the military behind for a few days.  This week we’re no different from any other family dodging horse droppings on Duke of Gloucester Street.  My kids are proudly sporting the latest in colonial-era headgear.  My husband noted that the tri-corner hat is the Colonial Williamsburg equivalent of Mouse Ears at Disney.  We took a carriage ride around the property and laughed as the kids perfected their “elbow, elbow, wrist, wrist” waves to the common folk.

But deployment is always with us, like an obnoxious relative who has invited himself along for the trip.  For me, it makes an unwanted appearance when we are posing for pictures. Left unspoken is the thought that this could be final photo of a sunburned dad and his two smiling children in silly hats.  I know I am capturing not just a dad, but also a soldier torn between duty to his country and duty to his family.

As we’ve toured historic sites this week, I’ve realized that soldiers have always struggled with balancing these competing duties.  At the Yorktown Battlefield, I was struck by one of the signposts.  It contained an excerpt of a letter from Major General Benjamin Lincoln to his children.  Change out Britain for Iraq or Afghanistan and my husband could have written the letter to our children today: “the growing encroachments of Britain would … have fallen with too much weight on the necks of my Children and would have deprived them of…the sweetness of life and which to preserve are among the duties enjoined on us by our creator & supreme benefactor – If therefore in pursuit of my just object some things should appear which should look like neglect of my dearest … you will not I trust indulge such an idea … explain this matter to your Brothers & Sisters.” 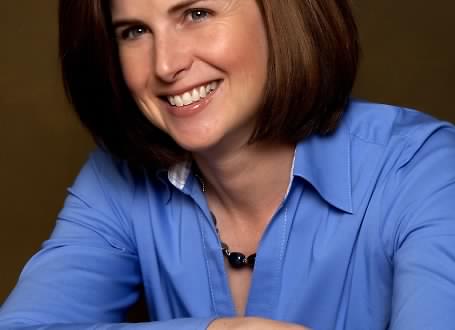