advertisement
Home All Together Now 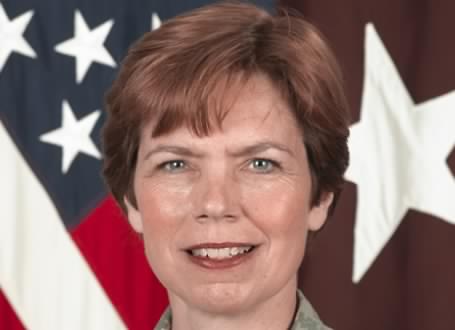 The invisible wounds of war are not new to our Warriors, Veterans and their loved ones. For many, “coming home” is not the end of war—far from it. Leaving the battlefield far behind, the war often continues—in hearts and minds, relationships and communities following deployment.

War is hell . . . as can be peace.  As James Hillman aptly put it, “peace for veterans is not an absence of war, but its living ghost in the bedroom, at the lunch counter, on the highway . . . The return from the killing fields is more than a debriefing; it is a slow ascent from hell.”

As always, we must remember history’s lessons of war and its human toll . . . War changes everyone – as Robert Emmet Meagher states, “there is no such thing as inflicting casualties without enduring them.  Every wound inflicted upon another is a wound within.”

Sophocles, a General during the time of the ancient Greeks, wrote the story of Ajax, a Warrior of renowned strength and courage, tested by combat, who became depressed and died by suicide near the end of The Trojan War.

During the American Civil War, the unseen injuries of combat trauma were known as “nostalgia” and “soldier’s heart,” a particularly poignant phrase which I personally favor.

In World War I, the toll of industrialized trench warfare was characterized as “shell shock,” a term that, by World War II, was replaced with “thousand yard stare” and “battle fatigue.”

Several years following Vietnam, these wounds were medically recognized as “post-traumatic stress disorder”, or PTSD, marked by the recognition of acute, chronic and delayed onset to experiencing trauma on both the battle and home fronts.

Warriors returning from Iraq and Afghanistan frequently refer to experiencing “post-traumatic stress”, or PTS – as one sergeant stated, “I got injured – I’m not sick.”  PTS is indeed a normal, frequent and common response to the trauma of war. . . Timely and effective intervention – peer2peer, leader, family, and community – reduces the likelihood of progression to chronic illness. . . Treatment does work – sooner is better.

Killing in combat, witnessing atrocities, reliving traumatic memories, grieving the loss of one’s buddies, feeling guilty or unworthy of surviving, being on edge, irritable or jumpy at the slightest provocation, coming home to a strained or even fractured relationship, craving the adrenaline surge of living in the shadow of death, experiencing nightmares, struggling with rage, anxiety and/or numbness, self-medicating or other destructive behaviors, in often ill-fated attempts to drink, drug, sex, or drive away the pain . . . Real and wrenching, these timeless challenges are known to Warriors of all ages—past, present and future.

Many of our returning Warriors will come to terms with their experiences in a few weeks or months; some will take additional time to adapt to their “new normal.” Healing begins when our Warriors, Veterans and their loved ones realize they are not alone; the unseen wounds of war are real; treatment works; and reaching out IS an act of courage and strength.  Troops wage war . . . Healers wage hope.

Despite the extreme adversity of combat experience, all may claim their human potential to experience post-traumatic growth—deepening one’s faith, cherishing relationships, reordering life priorities, and extending compassion and empathy for others—requiring the sometimes painful work of finding meaning, purpose and value in life’s harshest experiences.

To this end, the words of USMC SGT Andy Brandi, a proud Vietnam Veteran, capture this vision of growth as follows in what he terms “Living the Code:”

As a Warrior, I must live
By the highest standards of honor.
It is my only recourse.
And if in battle,
I walk through the valley of death,
I pray that I do not become the evil within it.
I must embrace hardship
And greet the unseen with cheer,
For there are no worse things to be gone through
Than men and women have endured before.
And in my life, for the rest of my life,
I must improvise, overcome and adapt, because
SURRENDER IS NOT MY CREED.

Thanks, SGT Brandi – we stand on the shoulder of giants, those who have trod war’s weary path through the ages. . . Welcome home, all the way home . . . We are all in this together.  Perhaps that is the greatest blessing of all – let’s keep after it!