Acceptance: Finding The Gift In Depression

Acceptance: Finding The Gift In Depression

Depression. Just the word itself is depressing, and it carries all manner of stigma from Debbie Downer to nervous breakdown. Who wants to be depressed? More to the point, who wants to be labeled as depressed? The answer to both of these questions is obvious to most, yet so many people are in denial about the magnitude and implications of their depression.

Most of us know that there are several different forms of intervention, both therapeutic and psychopharmacological, that can cater to depression. Research indicates that for some patients the combination of psychopharmacological interventions and certain kinds of therapy, including both interpersonal therapy and cognitive behavioral therapy, can improve the treatment response (2005, Hollon, et al). Sometimes, by the time a client has arrived at treatment’s door, having tired of the enormity and frequency of his pain, he is ready to consider any and all interventions.

In some cases, even after treatment begins, clients may remain in a state of denial about their depression. This is particularly easy to do when depression seems like a normal state, as in the case of dysthymia. Dysthymic disorder is a long-term, low-grade depression that can last for at least two years. In fact, some with this disorder say that they’ve experienced some degree of depression for most of their lives. In this case, depression feels normal, and so it is relatively easy to deny its impact on motivation, interrelationship skills, career choices, and even the basic quality of life. Even those who experience Major Depression or the depressive end of Bipolar Disorder often deny the symptoms, the need for intervention, and the impact on oneself and others.

Accepting depression, on the other hand, allows light into otherwise dark rooms. The stages of grief are denial, anger, bargaining, depression and acceptance (2000-2011, Kessler). Some, including this author, would argue that the fourth stage,depression, should be changed to sorrow—which may or may not turn into depression dependent on how the sorrow is handled. As we advance into greater depth studies of grief, we come to understand that these stages don’t necessarily happen in any order, but can evolve over time in a combined, random, or even erratic synthesis. Ultimately, the grieving process is meant to carry us to acceptance.

Acceptance is not a state of bliss—but a state in which we are clearly and appropriately dealing with reality. When we accept reality, we can then become quite creative about what we are going to do with it. Each of the stages brings us closer to acceptance and each has something to offer to the process toward acceptance.

Denial says it’s not really happening, then comes repetitively to the shocking reality that yes, indeed, it is.

Anger says it shouldn’t be happening, even though it is.
Sorrow says I wish it weren’t happening, and bargaining says I can make it stop happening.

Bargaining, unlike anger and sorrow, offers us hope that we can make the problem go away—which makes it easy to get stuck in bargaining. Bargains always involve an “if” and a “then“. With regard to depression, bargains can look something like this:

What acceptance can give us that bargaining won’t.

Bargains, as we can see, keep us in the unreal, as they are based on unrealistic beliefs. Each of these bargains generates their own set of problems. For example, those bargains that tell us we must be stoic, only encourage us to repress emotions, which means that they are going to come out later—and it’s not likely to be pretty—thus damaging important relationships and furthering our despair. Those bargains that rely on external judgment of others to define us, only keep us isolated, thus making our depression worse. Those bargains that refuse help, only keep our desperation a secret from others—not us. Bargains that offer us a quick fix, like staying busy, controlling others, or drinking and drugging, only postpone the inevitable crash and burn and complicate the symptoms.

These belief systems become the mantras we repeat in our self-talk. They hypnotize us into a mood—and as we know, depression is a mood disorder. Therefore, our bargains only sustain or further the depressed mood. But whether it is a situational depression or an endogenous depression—one which has no apparent external cause—depression should be accepted so that creative options can be opened up.

The most depressing beliefs of all are those that define us—providing us with a less-than identity. Learning to accept depression, however, means that we begin to see the depression as separate from us. Yes, it is something we are dealing with, but it does not define us.

Depression can give us:

• A chance for self-reflection for which we’ve never before given ourselves time.
• The internal focus necessary to finding out who we really are and what we’d like to do, as opposed to what we thought we should do and be.
• Permission to get to know our true emotions and the special messages they present.
• Awakening to the fact that we’ve been trying for years to tolerate the intolerable, and now, it’s time for a change.

Finally, acceptance allows us to face the depression head on so that we stop defining ourselves by its symptoms Depression can turn out to be one of our best friends, but only if we choose to receive its gifts. 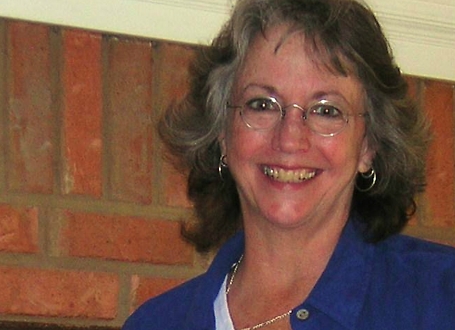 Andrea Mathews is a counselor and therapist specializing in transpersonal and cognitive therapies for individuals and couples.